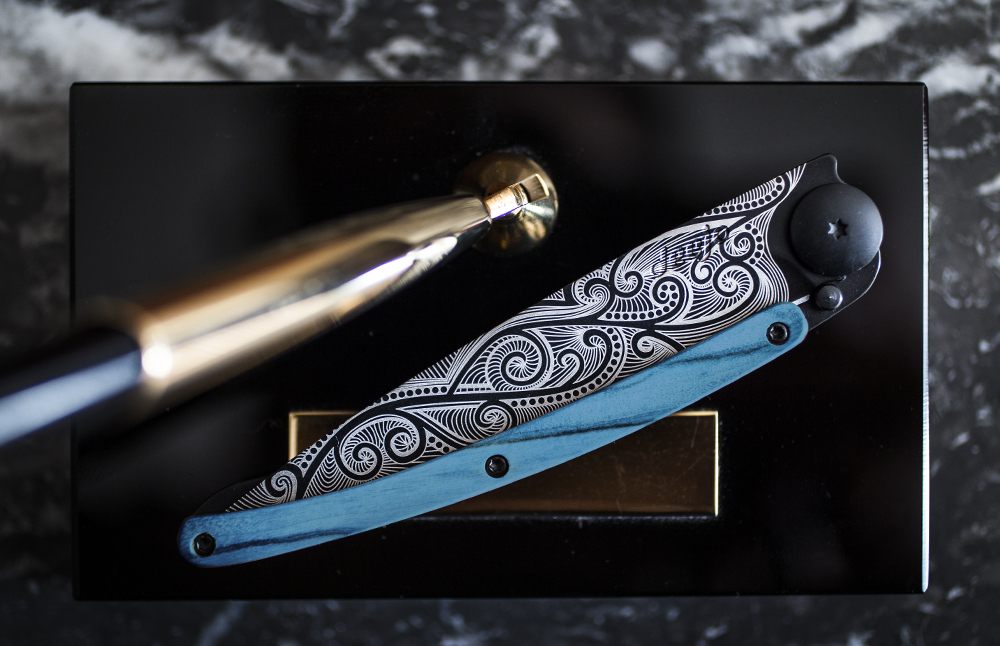 DISCOVERING THE MYSTERIES OF ESOTERIC TATTOOS…

The esoteric tattoo was inspired by the worlds of magic and witchcraft and more particularly pentacles (from the Latin pentaculum), amulets used in magical invocations, also known generally as a talisman.

Inscribed on parchment or metal, generally worn around the neck (to provide protection and power to its bearer) or placed within an invocation triangle, a pentacle is an object on which a spirit or invoked entity has been symbolized in drawing or other graphic representation (characters, signs, marks, traces, indices, etc.).

In the old magic grimoires, according to occult scholar Henri-Corneille Agrippa (1486–1535), the function of the pentacle was to ‘predict all things in the future, command the whole of nature, obtain power over demons, and angels, and perform miracles.’ According to Agrippa, the magical feats of Moses were due in part to his knowledge of several pentacles.

Used as an instrument of magic in Wicca (a movement founded on ancient pagan religion) and other forms of witchcraft, pentacles could make it possible to question fate, and by extension, to modify its course.  In the religion of the Berbers, the pentacle was a symbol of protection against evil spirits. It is used still today in certain Berber-speaking regions of the Maghreb as a symbol of protection or witchcraft permitting contact with a parallel world.

Among other symbols of this original creation designed by Deejo is the repetition of several pentagrams, essential to the pentacle. The pentagram is a unicursal star of five points, often inscribed in a circle, the branches of which symbolize the elements: water, earth, fire, air and, the upper branch, the spirit invoked.